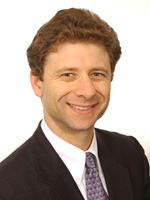 In his over 25 years of practicing law, Mark J. Bluer has had a broad range of legal experience, in both the United States and in China. After four years of intensive work experience as an insurance defense litigator at a San Francisco-based law firm, Mark shifted his focus to China-related law so as to capitalize on his fluency in Mandarin Chinese (both written as well as spoken). From 1995 – 2000, Mark practiced as a foreign lawyer in Beijing, China, where he advised clients in the areas of direct foreign investment, joint venture formation, technology transfer, telecommunications, pharmaceuticals and information technology. Upon returning to the United States in 2000, Mark became the founding partner of Bluer & Bluer, LLP (formerly, “Pacific Century Law Group”), where he represents individuals and businesses in employment matters, personal injury cases and business related lawsuits.

Mark graduated from the University of California, Santa Barbara in 1984 with a double major in Business Economics and History. In 1985-86, he underwent an intensive course in Mandarin Chinese at the Taipei Language Institute. In 1990, Mark received his J.D. degree from Santa Clara University, School of Law.